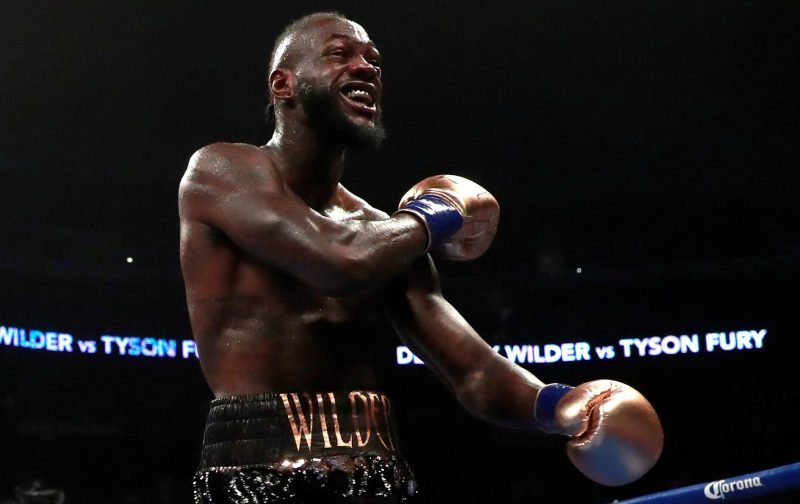 In the early hours of Sunday morning, UK time, Deontay Wilder added further weight to the argument that he is the best heavyweight on the planet.

Facing Dominic Breazeale, in New York, Wilder added another KO to his record with a peach of a right-hand punch that planted Breazeale on the canvas with just 43 seconds of the round left.

Breazeale had no chance of beating the count and the fight was over as quick as it started.

But is Wilder really the best heavyweight in the division right now?

Sat here in the Vital Boxing editorial chair, I’m not so sure.

The victory over Breazeale saw Wilder, once again, caught with a punch that had him in trouble, but the challenger was unable to continue with his onslaught and paid the price.

In previous fights, Wilder has also been rocked by Luis Ortiz and Tyson Fury showed that a decent boxer can leave Wilder looking like a novice, although some might say Fury should have gotten the verdict that night, others will claim the ten-count he survived in the last-round was over-long when it came to length.

But even though his boxing skills are limited, that right-hand that carries so much power makes him the most dangerous heavyweight out there.

Opponents may be able to outbox him, but they inevitably get caught when they least expect it by that demon weapon.

Although many boxing enthusiasts yearn for a rematch between Wilder and Fury, I’d prefer Anthony Joshua to be given a chance.

Joshua has, as we all know, been rocked himself, the fights against Dillian Whyte and Wladimir Klitschko illustrate that point, but the Watford fighter is quite capable of inflicting some power punches of hi sown and you get the feeling, if Joshua can avoid that powerful right then he could be the man to inflict that first professional defeat of Wilder’s career.

It’s a mouth-watering possibility is it not?

Saunders Won On A Night Shrouded With Mystery