Whyte Waiting In The Wings To Upset The Apple Cart 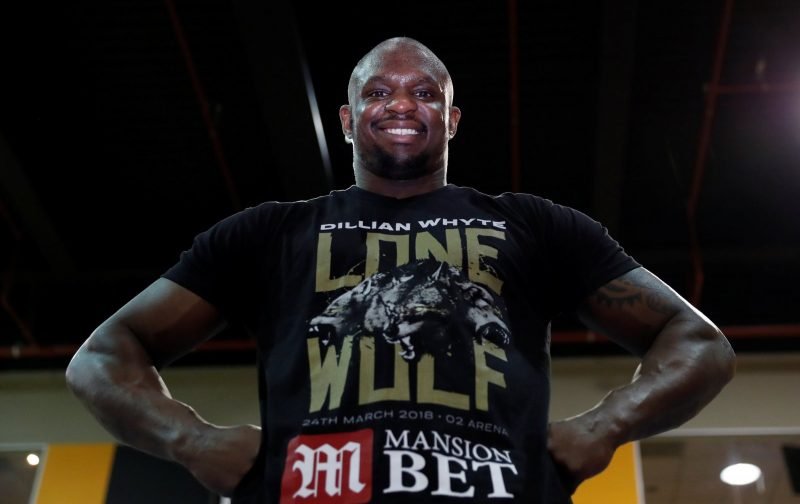 There’s a lot of talk about when the big three in the heavyweight division, Wilder, Joshua and Fury, will get it on and decide, without any argument, who is the best heavyweight on the planet.

Now, we all have our own views on the situation but are we in danger, when we talk about the big three, of eliminating somebody from the equation who could really upset the apple cart?

I believe we are!

Although many might suggest that Luis Ortiz is a fighter that should be included in the mix, my own view is that our own Dillian Whyte could well be the man to emerge as the best in the division.

The British heavyweight has come a long way since being beaten, courtesy of a devastating upper-cut by Anthony Joshua.

He’s not dodged any fighter and when given the opportunity to mix it in the higher classes of the division he’s shown he’s not only capable of providing deadly finishes but also of absorbing punishment and coming through any dodgy rounds.

Much was made of the fact that Whyte and Joshua didn’t get a re-match on recently, with purse problems getting in the way but if they were to meet a second time, Whyte would be a hugely dangerous opponent for Joshua.

Wilder, on the other hand, appears content to avoid Whyte, the recent fight involving Breazeale illustrates the point perfectly with the contender doing little to warrant jumping ahead of Whyte in the queue.

Perhaps the way forward, if Boxing politics allows it, is for Fury and Whyte to meet in an official final eliminator for a crack at Wilder, now that would be the start of something the thought of which makes my mouth water.

So how about it, folks?