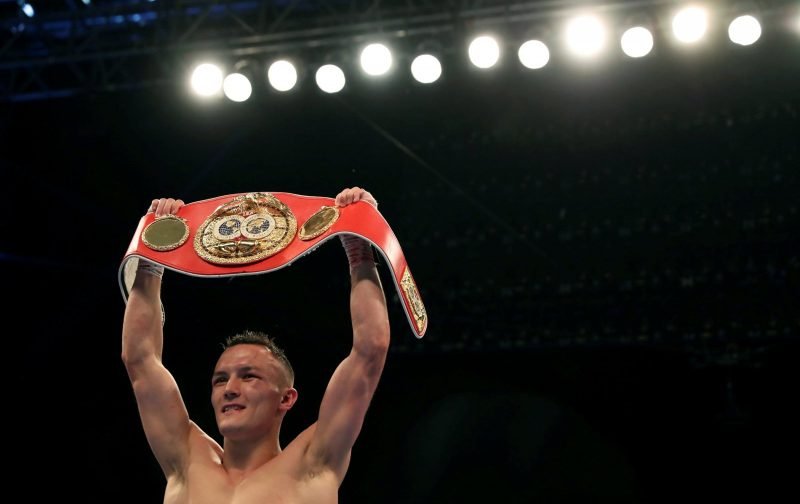 Warrington, boxing in front of approximately 25,000 of his partisan Leeds United supporters was the underdog going into the fight.

Many boxing pundits expected 31-year-old Selby to be too good for 27-year-old Warrington.

However, in a thrilling fight, Warrington showed that not only does he belong amongst the world elite, at this weight but that he had what it took to be a world champion.

With the crowd waiting for the judge’s scorecards to be read out, it was a delirious home crowd that heard those famous word ‘and the new’ echo around Elland Road as Warrington was awarded the fight by a split decision, with the scorecards reading:

In what was an entertaining contest, Warrington gave the best boxing performance of his career, coming forward relentlessly to trouble Selby. The challenger started strongly and it wasn’t until the middle rounds that Selby started to up the pace and come into the fight. But Warrington, in the later rounds, responded in style.

At the sound of the final bell, Selby’s face was a bloody mess with the Welshman cut above both eyes, courtesy of accidental clashes of heads, injuries that, quite possibly, affected his performance. 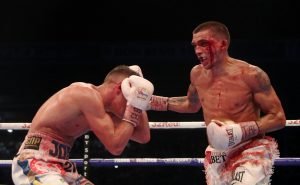 The win takes Warrington’s professional record to 27-0 and in his ring interview after the verdict had been announced, Warrington spoke of a big-money clash with Carl Frampton, remarking to Box Nation:

“I’ve been a fan of Carl’s and two weeks ago I said I would beat Lee Selby and go to Windsor Park. We will sit down with Frank Warren and get the fight sorted.

“But I prefer the end of the year as I need some time to be a dad and let this sink in.”

“I would love to fight Josh Warrington. I would love him to come to Belfast and fight me.

“It was a fantastic performance. My next fight will be in Belfast, that’s all I know.”

Now, on the evidence of what Warrington produced last night, that would be a cracking fight and an unbelievable atmosphere with two sets of vociferous fans cheering their heroes on, let’s get it on.