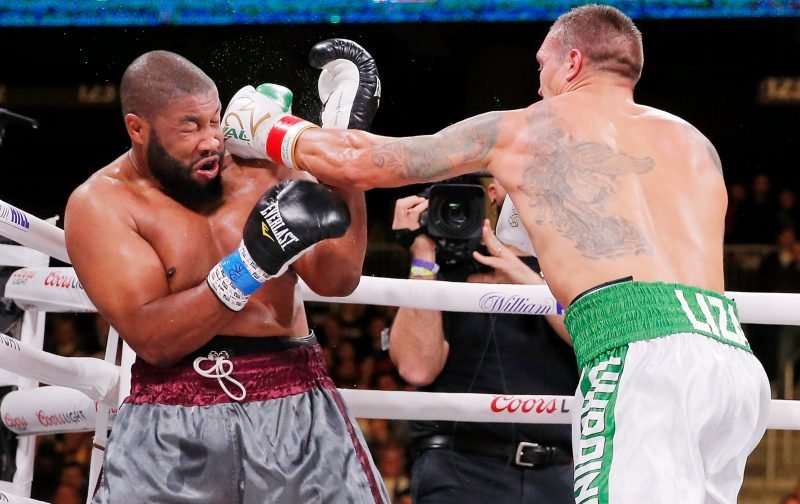 Last night, in Chicago, Oleksandr Usyk took his first step, as a heavyweight, towards what many people see as his destiny, becoming the heavyweight champion of the world.

The 32-year-old Ukrainian, the former unified cruiserweight champion of the world, was matched against the American fighter, Chazz Witherspoon.

Witherspoon, at 38-years-of-age, had a respectable record but wasn’t expected to trouble Usyk and that is exactly as it turned out.

Usyk, using all his skills, stopped Witherspoon in round seven of the fight. After almost forcing a stoppage in round six, a further barrage of punches saw Wetherspoon fail to emerge for the eighth round and Usyk had his first victory as a heavyweight.

In achieving that first win, Usyk, courtesy of his record as a cruiserweight, remains the mandatory challenger for the WBO belt and is lined up to fight the winner of the re-match between Andy Ruiz Jnr and Anthony Joshua.

After the fight and discussing his performance, Usyk, as reported by The BBC, had this to say:

“This shows I am ready to fight them.

“Of course if they give me this fight, I will take it.”

Usyk may well be destined, one day, to rule as a heavyweight but I can’t help feeling we’d have been given a better idea of his capabilities as a heavyweight if he’d fought Carlos Takem, his original opponent for this fight as opposed to Witherspoon who took the fight at four days’ notice.