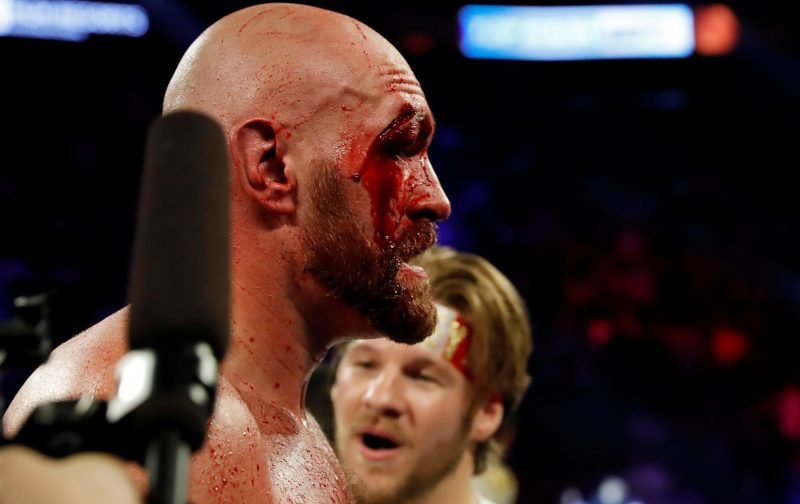 Lost for words is a phrase that springs to mind and that is exactly how I felt when I read the latest piece of news relating to Tyson Fury.

In trying to keep active, Fury, in his last fight, picked up a horrible cut above his right eye, against Otto Wallin.

The cut was deemed to be so bad there were suspicions that it could delay the aforementioned bout with Wilder.

However, it hasn’t stopped Fury getting involved in the circus that is the WWE.

Footage of Fury being ‘goaded’ whilst watching bouts in Las Vegas has appeared in the media and now it seems that Fury has been sucked into the whole charade by agreeing to make his WWE debut at an event in Saudi Arabia on 31st October.

Fry’s opponent will be Braun Strowman who, as it turns out, was the wrestler who goaded Fury at a recent event in Las Vegas.

Publicising his debut and as reported by The BBC, Fury is quoted as having remarked:

“I fear no man. I am going to knock Strowman out.”

Whilst Strowman has responded with:

“Tyson heed my warning. In the WWE, we don’t wear gloves.

“You are climbing into my world. You are a household name and when these hands put you down for good, the whole world will remember who the monster among men Braun Strowman is.”

Whilst the words may make good reading it is all just a charade, a staged show with the outcome known before the bell sounds.

Quite what Fury’s promoter, Frank Warren, makes of it I’d like to know.

With a cut eye that is still healing and a date with Wilder looming on the horizon, what’s to say that a mistimed wrestling move could cause an injury that will see any chances of Fury meeting Wilder further jeopardised?