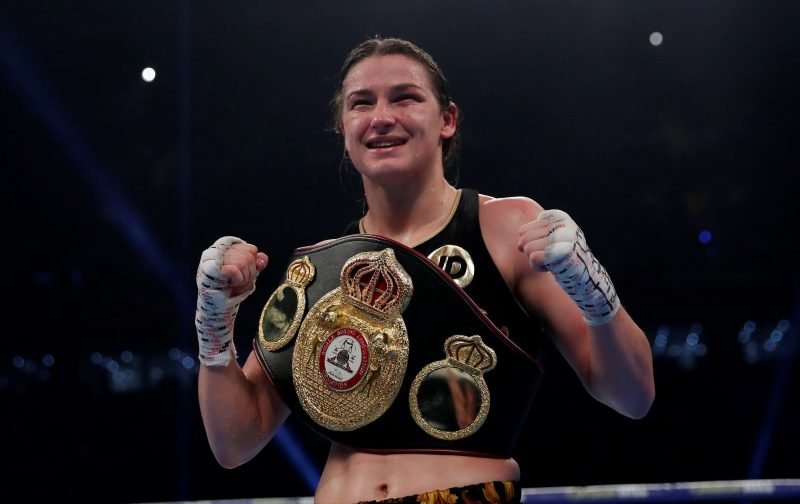 Tonight, in Brooklyn, New York, the Irish fighter Katie Taylor is back in action.

Taylor, the holder of the WBA world lightweight belt, is looking to add the IBF belt to her collection, a belt that is currently held by the Argentine fighter, Victoria Bustos.

At the weigh-in, both fighters comfortably made the 135-pound limit.

Ahead of the huge clash, speaking to the media, Taylor had this to say,

“Becoming unified champion is very important to me.

“Bustos is one of the longest reigning champions in women’s boxing so I’m expecting a very tough fight.”

The fight is on the under-card of the non-title fight between the former world middleweight champion Daniel Jacobs and Maciej Sulecki and is expected to start at 01:30 Sunday morning (UK time).

Here at Vital Boxing we wish Katie all the best and our site will carry a report of the action, on Sunday.