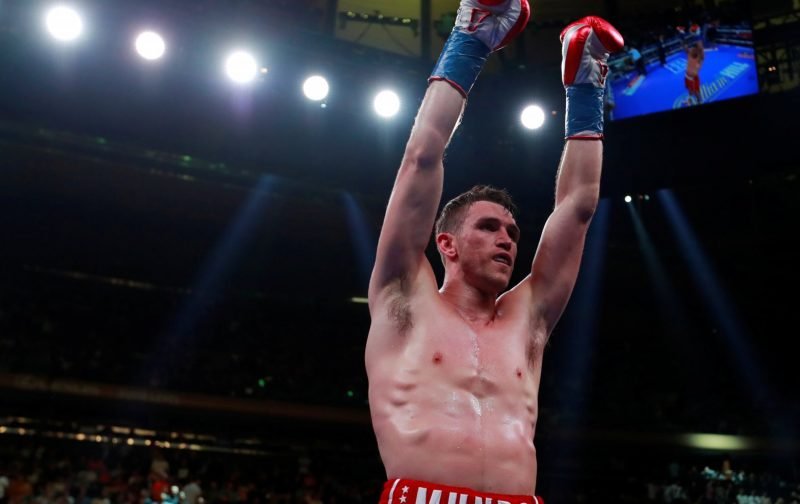 Over in New York, on Saturday evening, at the legendary venue that is Madison Square Garden, Callum Smith defended his WBA super-middleweight world title.

After claiming the title from George Groves, Smith was looking to make a huge impression on the American public and was matched against the very competitive and able Hassan N’Dam.

However, Smith was in no mood to take prisoners and secured a win in round three, having had his opponent on the canvas in each of the three rounds with some impressive boxing illuminated with some clinical punching.

The victory maintains Callum’s unbeaten record and the fighter, as quoted by the BBC had this to say about the performance:

“It was all about the performance this week and I wanted people to sit up and take notice.

“I knew if I stayed patient I would land and the fight played out as I thought it would.

“I’m pleased to be back and I want some big fights now. I’m huge for the weight and it’s getting tougher but I can still do it and I believe I can clean up.”

Smith is now looking for those super-fights he deserves and one opponent mentioned in the after-fight chat was Saul Canelo Alvarez.

Could we see a huge clash between the two, in the UK, sometime in the future?

I clearly hope so because, in New York, Smith produced the best performance of the night and deserves the chance to take on the best.