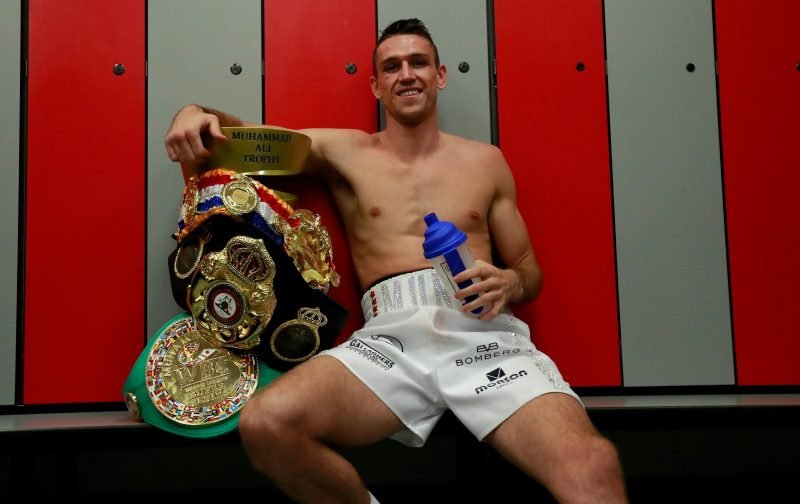 Next Saturday night, the British are set to invade New York as Anthony Joshua gets set to fight, for the first time, on American soil at the legendary venue, Madison Square Garden.

Whilst we eagerly wait for Joshua’s fight against Andy Ruiz Jnr, in which the Watford fighter will defend his WBA, IBF and WBO heavyweight world titles, the undercard will feature several attractive fights.

One such fight will see the Liverpool fighter, Callum Smith, defend his WBA super-middleweight title against Hassan N’Dam.

Smith won the world title with a win against George Groves and this will be his first defence of the title.

N’Dam is an opponent who will test Smith though with the Frenchman having won 37 of his 40 fights and he’ll be looking to cause an upset.

Talking about the forthcoming bout, and as reported by the BBC, Smith has remarked:

“To have my first defence at Madison Square Garden is going to be special and it’s another box ticked.

“Experience is on his side and he’s an awkward guy to face. Saying that, he’s definitely a fighter that I should beat and get rid of if I’m on my game.”

Smith, as it turns out, sparred with N’Dam as he prepared to face Groves, so is well accustomed to what the Frenchman can bring to the ring.

However, as you’d expect, the Frenchman is confident he can add Smith’s title to the WBA middleweight title he temporarily held back in 2016 and he’s remarked:

“I am confident I will create a big surprise in New York.”

Here at Vital Boxing, I’m not so sure that’s the case, I’m taking Smith to stop his man in the middle rounds.

But how do you see this fight going?

Please feel free to drop your prediction in the comment facility beneath this article.