Saunders Won On A Night Shrouded With Mystery 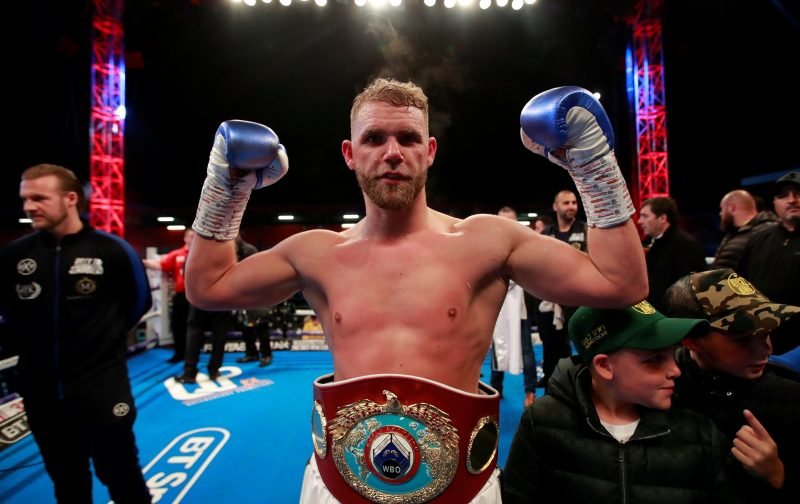 The evolution of the participation of female fighters in our sport is something that gave me an ideal opportunity to do something I’d never have considered the thing to do in days gone past, namely take the wife along to a live event.

Always keen to sample a new experience, he jumped at the chance to make the short trip, to Stevenage, to see Billy Joe Saunders topping the bill promoted by Frank Warren.

With the show entitled the ‘King Of Herts’ and with Saunders being a local lad, the show had the makings of being one to remember, but what would the wife think of her evening out?

Well as it happens, she quite enjoyed it!

The earlier bouts didn’t quite attract her undivided attention with equal amounts of time divided between watching the action and people watching.

But once Joe Joyce entered the ring her eyes were totally on the ring, as was the case with the main bout involving Saunders.

However, she did leave me with two comments that majorly caught my attention.

The first related to the other females of the species that had attended with her observation relating to never having seen so many different shades of orange before, whilst the second is a perfectly valid point I’d suggest.

As the bell sounded to end the tenth round, she couldn’t work out why so many of those in the ground chose to make their way to the exit!

With two rounds to go, it was obvious Saunders was winning comfortably but having been caught with a shot in the sixth, who was to say something dramatic might not happen in those last six minutes.

Worse still, when the final bell ended, the exodus continued, with the ticket-buying public clamouring for the exits and not waiting for the score-cards to be read out.

I struggled to comprehend what I’d seen myself let alone explain to the wife.

Did we witness what is fast becoming a common practice or was it an isolated incident?

Here at Vital Boxing, we’d be pleased to hear your views, please feel free to drop your comment into the facility beneath this article.

One Reply to “Saunders Won On A Night Shrouded With Mystery”