Ryder Stops Cox in Second Round 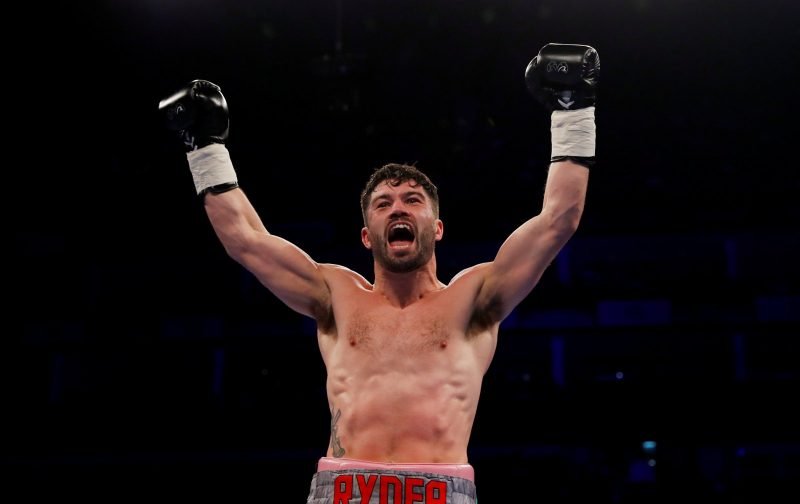 On the undercard of the promotion at the O2 Arena, in London, on Saturday night, John Ryder pulled off the surprise result of the night.

Ryder, who has always been on the fringe of being a title contender, was matched against Jamie Cox, who recently fought George Groves for the super-middleweight world title as part of the World Boxing Super Series.

After something of a pedestrian first-round, the fight sprung into life in the second round when a right hook, from Ryder, caught Cox on the head and after a delayed reaction, Cox slumped to the canvas.

The referee, Ian John-Lewis, counted to nine before Cox rose to his feet but he was adjudged to be in no position to carry on.

Now whether Cox misjudged the count or just wasn’t able to beat it remains a point of discussion.

But, our view is that Ryder, with plenty of time left in the round, would have executed a stoppage anyway.

Following the victory, and sat ringside, Ryder had this to say to the Sky Sports team;

“I think we’re having a real Indian summer here.

“It was the right shot for me, the wrong shot for him. He was down. I was just thinking stay down, please. The referee called it right, I believe.”

Ryder has every reason to be pleased with the win as his career takes another upward turn.

One Reply to “Ryder Stops Cox in Second Round”