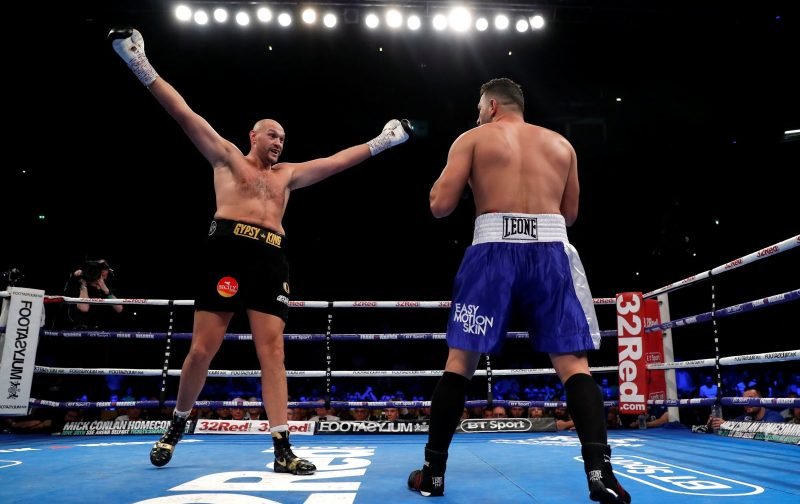 Tyson Fury may have gotten the win he wanted in his comeback fight, against the Albanian fighter Sefer Seferi, but it was a fight that left the public perplexed, angry and disappointed.

This morning, we’ve taken the opportunity to browse through several postings on the social network scene to gauge your opinion and it doesn’t make for good reading for the Tyson Fury camp.

Our lead comment comes from Jim Edwards of the Daily Mirror, who posed the question;

The replies that followed, leave nothing to the imagination when it comes to gauging public reaction to what was, basically, a complete mismatch:

Here is a selection:

It’s hard to argue against that, the posturing we witnessed in the first two rounds and the lack of meaningful action was shameful.

Yes, it was, even more so for a fight that was the main event.

Looking at the comments left on another source, the BBC, things don’t improve:

Tyson Fury 19st 10lbs opponent 15st if that’s not a miss match then what is, it was a joke of a fight. The best fight was outside of the ring between the fans wanting to leave the arena and get to the kebab shop before Tyson Fury gets there.

Perhaps it was the scrap outside the ring that caused Tyson to finally up the pace.

It was and when Tyson Fury makes his next appearance, a credible opponent needs to be selected otherwise the Tyson Fury roadshow could reach an abrupt end as far as the paying public are concerned.