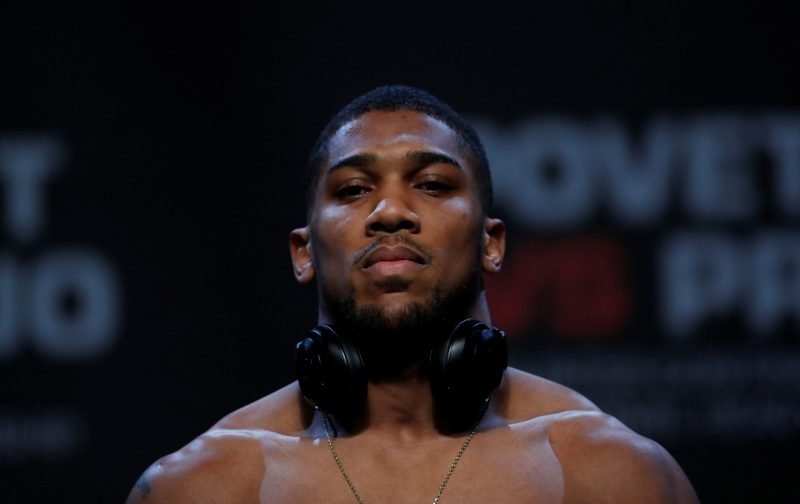 Although everyone is craving for Anthony Joshua to meet Deontay Wilder in his next fight, it appears those plans are going to be put on hold, either until later in the year or early next year.

According to the good folk of the BBC, Joshua’s next opponent will be his mandatory WBA challenger Alexander Povetkin.

Joshua’s promoter, Eddie Hearn, is reported by our source as having remarked

“The Povetkin deal is virtually done. The Wilder one is not, but we are talking every day.”

Further adding that the fight against the Russian will be finalised in the next three days.

However, in plotting out the unbeaten heavyweights’ future, Hearn also confirmed,

“Wilder understands he has to go where Joshua tells him to and at the moment Joshua’s telling him, ‘You have to come to the UK’. He knows, he is up for that, but there are a lot of things that have to be worked out.”

further adding that a deal to fight Wilder will be signed inside the next month, leaving Joshua with a schedule that will see him meet Povetkin in September and Wilder in February.

If that is the case then Joshua will have to take care of a very difficult opponent in the shape of Povetkin before a monumental unification match with Wilder.

In his last outing on UK shores, Povetkin faced the Liverpool fighter, in a world-title eliminator, knocking out the British fighter. However, those who watched the fight will recall that Price caught Povetkin with a big punch that saw the Russian only prevented from hitting the canvas by the ropes.

Joshua will need to catch the big-punching Russian with a similar kind of punch and step in to finish him off, something Price couldn’t do. Joshua won’t want a fight against Povetkin to go the distance, not with the prospect of one huge punch ending any chance of a unification fight with Wilder.

It’s a match-up that shows just how dangerous the heavyweight scene can be, one punch can derail dreams, ruin one career and kick-start another, but that’s why we love the sport isn’t it!