Joyce Set For Big Step Up In Class This Saturday 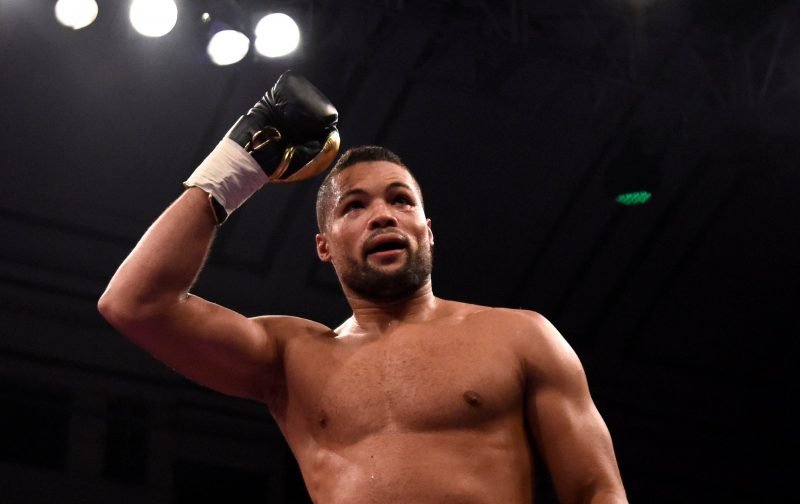 This Saturday, at the O2 Arena, in London, Joe Joyce makes his fourth appearance as a professional.

The 2016 Olympic super heavyweight silver medallist will be taking on the Commonwealth heavyweight champion, Lenroy Thomas.

For Joyce, who has won his first three professional fights, it is a huge step up in class and a fight that could see his credentials as a heavyweight contender tested.

Joyce, at 33-years-of-age, doesn’t have time on his side and needs to climb the rankings ladder pretty quickly if he is to make an impact in the division.

If Joyce can look impressive against Thomas, who has a record that reads 22-4-1 with 10 wins coming by way of knockout, then the choice of his next opponent could be interesting.

Joyce, speaking to the media ahead of the fight, has mentioned the name of Dillian Whyte as a future opponent, remarking,

“I sparred him early on, but not recently.

More of Joe’s interview with Sky Sports can be seen on his Twitter feed:

I can’t wait to get in the ring next week and show everyone what the juggernaut is all about! #juggernaught #historymaker #andthenew @SkySportsBoxing pic.twitter.com/3hq8dbR4ek

But, returning to the suggestion that Whyte could be an opponent in a couple of fights time, it doesn’t take a genius to work out that Whyte, at the moment, wouldn’t be interested in a match-up.

The Brixton fighter has far-bigger fish to fry as he angles towards a tilt at a version of the world heavyweight title, whether it be a fight with the WBC champion Deontay Wilder or a second fight against the holder of the WBA IBF and WBO belts Anthony Joshua.

However, an interesting fight beckons this Saturday and it’ll be interesting to see how Joyce does on a far bigger stage than those he’s previously occupied.