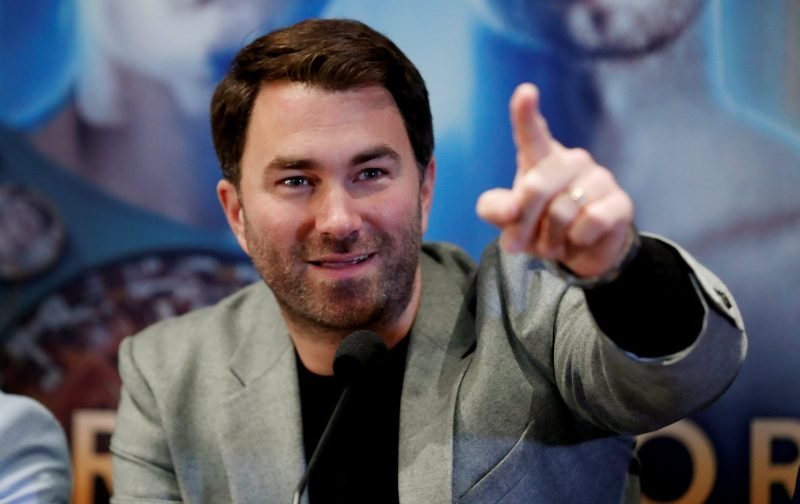 The ramifications surrounding the huge upset we all witnessed, on Saturday night, where Anthony Joshua, making his first appearance at the legendary Madison Square Garden venue, lost his world heavyweight titles in spectacular fashion, losing to Andy Ruiz Jr, continue to maintain our interest.

With the Joshua camp denying that the former champion was affected by a panic attack in the dressing room, prior to making his ring walk, the prospect of another fight with Andy Ruiz Jr is now upon us.

Using his Twitter site, Eddie Hearn has confirmed that Joshua will take on Ruiz Jr for a second fight.

After meetings with AJ, Rob Mc and the management team in NY, we have today triggered the contracted rematch clause with Andy Ruiz Jnr. The fight will take place in Nov/Dec at a venue to be confirmed shortly.

As can be seen from the post above, no venue has been confirmed but it’ll certainly be interesting to see where the fight takes place.

On foreign soil, Joshua looked far from happy and, we assume, Hearn will be doing everything he can to get the fight on in the UK.

If that is the case, it remains to be seen what size of venue they choose.

Will it be a huge promotion like Wembley or the Principality Stadium in Cardiff, or will it be too much of a gamble to assume the paying public will turn out in their thousands to see somebody who saw his aura of invincibility destroyed in seven mad rounds in New York?