Joshua and Chisora Set For Some Ding-Dong Sparring Sessions 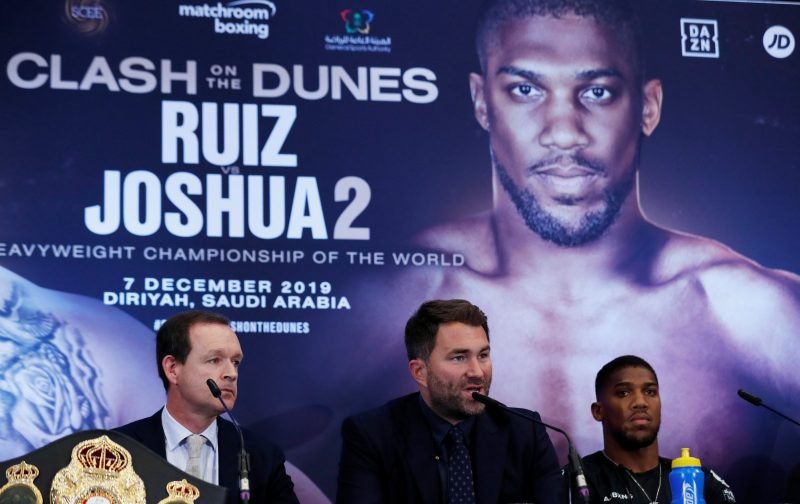 On December 7, Anthony Joshua gets the opportunity to grab back the plethora of world title belts that David Ruiz took off him on that eventful night at Madison Square Garden, New York, in June.

For Joshua, who was knocked down several times before the referee stopped the fight, it is a must-win fight.

If the Watford heavyweight has any chance of unifying the division and getting that encounter with Deontay Wilder we’d all like to see, he has to beat the American-Mexican.

Today it has emerged that Joshua, in his preparation for the fight, will enlist the services of Dereck Chisora.

Chisora, of course, has his own date with destiny when he takes on David Price, on 26 October, a fight that will surely push the loser into retirement.

But, as it is pointed out by The Sun, the sparring sessions between Joshua and Chisora will benefit both men.

Chisora will be sparring with somebody who is almost the same height as Price whilst Joshua will benefit from Chisora’s all-action come forward style that is reminiscent of the way Ruiz fights.

Talking about the opportunity, Chisora, according to our aforementioned source, has remarked:

“I am going to go and see AJ next week.

“He has asked me to spar a couple of times but I have been too busy lately but next week I will go and see him.

“We will go straight into sparring. He is tall like Price and I am short like Ruiz Jr.”

Personally, I’d love to be a fly-on-the-wall and watch those sparring sessions.

With Joshua’s punch-resistance not looking what it should have been, in New York, it’ll be interesting to see if he can withstand the big punches Chisora will be looking to land.

But you have to admire both men for putting themselves in this position.