It’ll Be One Of Two Opponents For Anthony Joshua Next 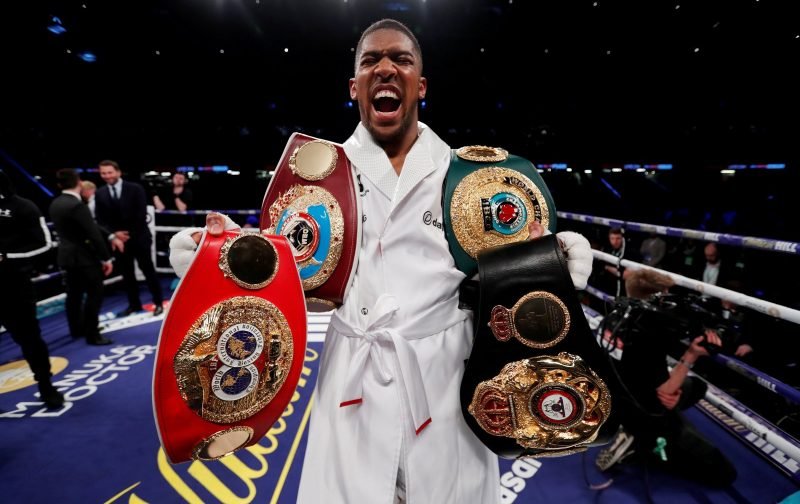 Although the boxing public would love to see Anthony Joshua take on Deontay Wilder in his next fight, it may not happen.

The two camps may hark on about each wanting to take the fight but the magnitude of the bout makes it a complicated match-up to complete.

There’s also the problem of boxing politics, namely the WBA wanting their champion, Joshua, to take on their mandatory challenger, in this case, Alexander Povetkin who recently knocked out David Price.

But where there was once very little leeway given by the different organisations, this stance now seems to have mellowed in the case of the heavyweight division.

Perhaps, just like the fans, the different organisations also want to see a unified division with one champion.

Eddie Hearn, Joshua’s promoter, has spoken about the situation, remarking to the media and as reported by the
BBC

“We have to move because the WBA want to know what’s happening.

“We pretty much have a deal in place with Povetkin.

“At the moment it looks like we are fighting him but that could change.

Hopefully, the situation will be clarified soon.

If Joshua is to fight Povetkin first, so be it, the WBA mandatory challenger will be a tough test although David Price showed, in his last fight, Povetkin can be hurt with a huge punch from Price having Povetkin in trouble on the ropes.

If Joshua is to fight Wilder first, hopefully, Anthony will have home advantage, as for the outcome, it could go either way as is the case when two big-punching heavyweights go face to face.

But who would you tip to win?

Please feel free to leave your opinion on the above subject matter in the comments facility beneath this article.