In The Heavyweight Fest Of The Past Month, Tyson Fury Was Clearly The Big Winner 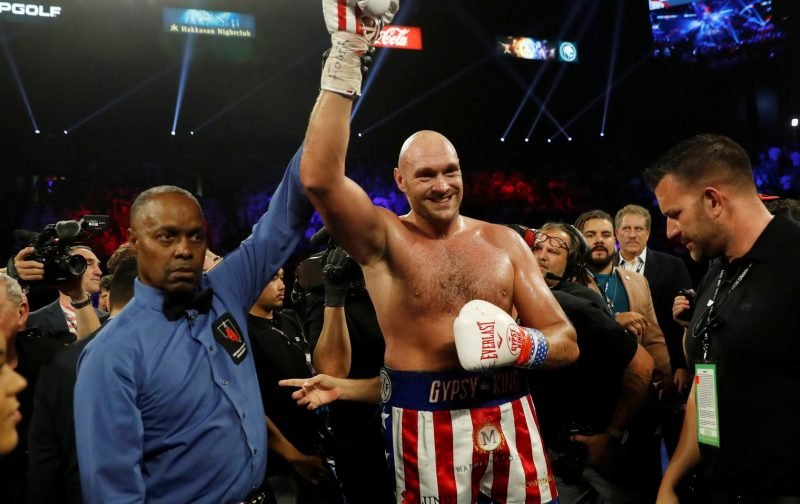 In a matter of a month or so, we’ve seen the, supposed, cream of the heavyweight division in action.

In three fights we’ve seen Deontay Wilder, Anthony Joshua and Tyson Fury in action, but who have been the biggest winners and the biggest losers?

Wilder stepped into the ring, for what was deemed a mandatory defence, against Dominic Breazeale and demolished his opponent inside two rounds finishing the fight with another of those trademark right hooks.

Joshua, making his USA debut, at the Madison Square Garden in New York, looked a shadow of the fighter who had seized the majority of the heavyweight world titles and came unstuck, being stopped by Andy Ruiz Jr in seven rounds.

Fury, making his Las Vegas debut, was matched against an opponent who, although unbeaten, wasn’t ranked in the top 50 in the world, but Tyson did a job on his opponent, stopping him inside two rounds.

When it comes to winners, I’d suggest that Tyson Fury and Andy Ruiz Jr hit the jackpot.

Ruiz, a late replacement for Jarrell Miller, stunned the boxing world by dethroning Joshua in spectacular fashion leaving many doubting whether Joshua can come back from such a savage loss, therefore Ruiz Jr has to be classified as a big winner.

Wilder, as many predicted he would, went about his business in clinical style and now looks forward to a re-match with Fury, hoping that he can finish off the Gypsy King second time around, but to me, Wilder wasn’t one of the biggest winners or a loser, sitting in mid-stream.

Joshua just has to be the biggest loser, the aura of invincibility his unbeaten record gave him was blown away by Ruiz Jr and the Watford fighter is now left sitting, waiting and hoping he can reverse the result in a re-match, but Ruiz holds all the aces.

Fury was simply amazing, okay his opponent was probably the weakest the three main names in the decision faced but the Gypsy King went about his business in style, not only stopping his opponent but entertaining the American people with hints of Apollo Creed in his ring entrance and also serenading his wife, Paris, with a song in the ring after his victory.

It’s fair to say that the and who had everything and then lost everything, is well and truly back!