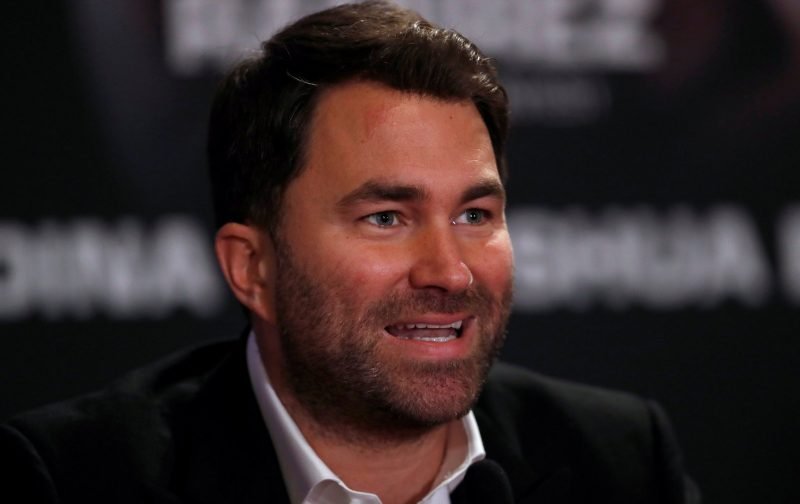 The news that has broken overnight, relating to Deontay Wilder offering $50 million to Anthony Joshua, for a unification fight, hasn’t taken long to prompt a response from Joshua’s promoter, Eddie Hearn.

Hearn, speaking about the offer, has inferred that the move feels like a PR stunt and that he, and Anthony Joshua, want to see the money first before agreeing to the fight.

Talking to the media, Hearn commented,

“It’s a great move from Deontay. It makes everyone say: ‘You’ve got to take the fight now’.

“We really want to do the fight in the UK because we’ve built something special there.

“But if there’s substantial money to do it elsewhere we will definitely look at it. In my opinion, it’s got to be in the UK or possibly Vegas.

“It’s not a case of we sign the contract and they go and raise the money. If you’ve got it – show us it and then we can talk.

“I spoke to AJ – he knows the situation but we want to know if it’s real. We want to see the money and know where it is.

“There’s a real strong chance this fight could happen – we’re not looking to be difficult.”

Is it going to happen?

Is the money there, waiting for the contracts to be signed?

Will Joshua have to venture to the US to take the fight?

Just three questions that immediately spring to mind but, it’s fair to say, there are interesting and exciting times ahead.