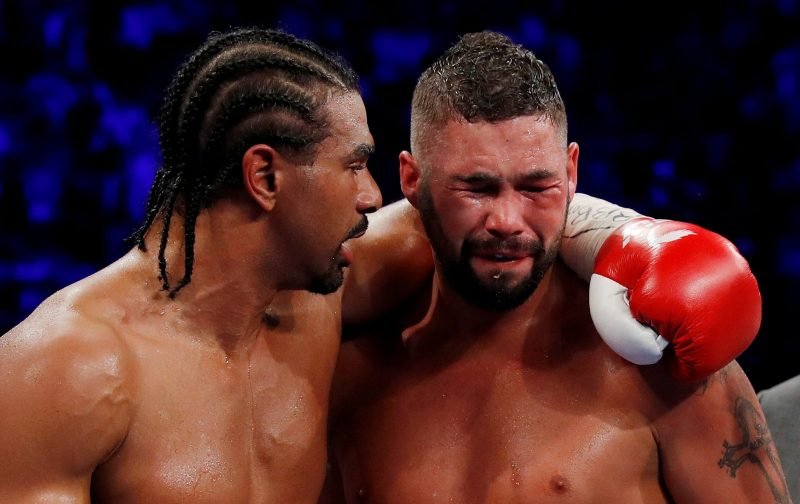 With the dust now settled on the explosive second encounter, at the O2 Arena, between Tony Bellew and David Haye, we await the announcements of both fighter’s future plans.

Bellew, who stopped Haye in the fifth round, to register his second victory over the Bermondsey fighter, appears to be unsure as to whether he will fight again.

Although in the adrenalin rush of victory, Bellew called out the likes of Tyson Fury and Andre Ward, there is the suggestion coming from his camp that the fighter may decide now is the time to hang up his gloves.

Haye, on the other hand, before the fight openly spoke about retiring from the ring if he registered anything other than a convincing knockout victory.

After being stopped by Haye, we half-expected the retirement announcement to come immediately after the fight, instead, there has been nothing but silence.

But, somebody Haye knows well, his former trainer Adam Booth, is of the opinion that 37-year-old Haye should never have taken the fight against Bellew last year, let alone the second fight last Saturday night, remarking in an interview given to The Sun,

“It’s hard to see where he can go from here. David should never have been in there last year, but he was.

“I don’t know how he is physically but, technically, he made some big mistakes and let Tony trade with him.”

Precisely, Haye may be able to talk a good fight but the traits that helped him to become a two-weight world champion at cruiserweight and heavyweight, have waned considerably.

Here at Vital Boxing, we’re of the opinion that Haye should retire from the fight game although, with his extensive knowledge of the game, he has so much to give back encouraging those fighters he looks after to navigate the tricky road to the pinnacle of their sport.