Fury Takes The Win But What A Disappointing Fight It Was 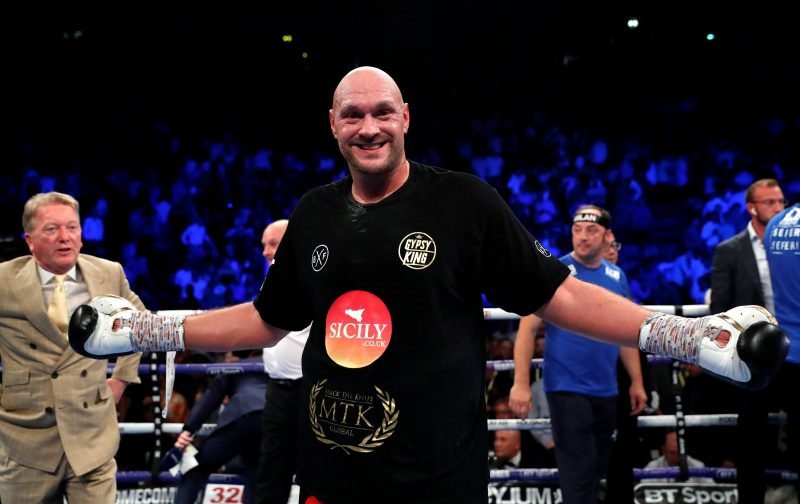 Last night, at the Manchester Arena, Tyson Fury returned to the ring after a 924 day absence.

Having not fought since that wonderful night when he beat Wladimir Klitschko to win the WBA, IBF and WBO world titles, the public were interested to see if the big-man, in losing seven stone of excess eight, could showcase those skills that took him to the pinnacle of his sport.

Matched against Sefer Seferi, an opponent who was both much lighter and smaller than him, Tyson left so many questions unanswered.

Fury may have gotten the win, courtesy of a fourth-round stoppage but it was a sloppy uninspiring performance.

The first two rounds saw both boxers reluctant to participate in any serious action and Fury was even warned by the referee about show-boating to the fans.

When the action did warm up, it was Fury that was the more active of the two boxers, but in throwing punches it only served to show how much of a mismatch this fight was.

Proceedings were livened up by a fight in the crowd that was far more entertaining than the fare being served up in the ring.

The end came when Seferi’s corner pulled their man out of the contest at the end of the fourth round, although Seferi didn’t look as if he was in any real trouble. 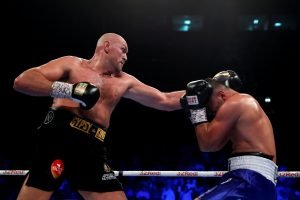 The conclusion to the fight saw more unrest in the crowd, obviously disappointed that they’d witnessed a mismatch.

As for Tyson Fury, he had this to say in his ringside interview:

“I’ll be better next time. I’ll have more rounds and fight a better opponent.

“I learned two and a half years is a long time to be out. I’ll take my career very seriously this time and enjoy every moment.”

Yes, two and a half years is a long time to be out and as the saying goes – time waits for no man.

Although Fury has ambitions of beating Anthony Joshua and Deontay Wilder, on the evidence of last night it just isn’t going to happen, for me, Tyson Fury has had his golden age, now he’s just clinging on to a dream.