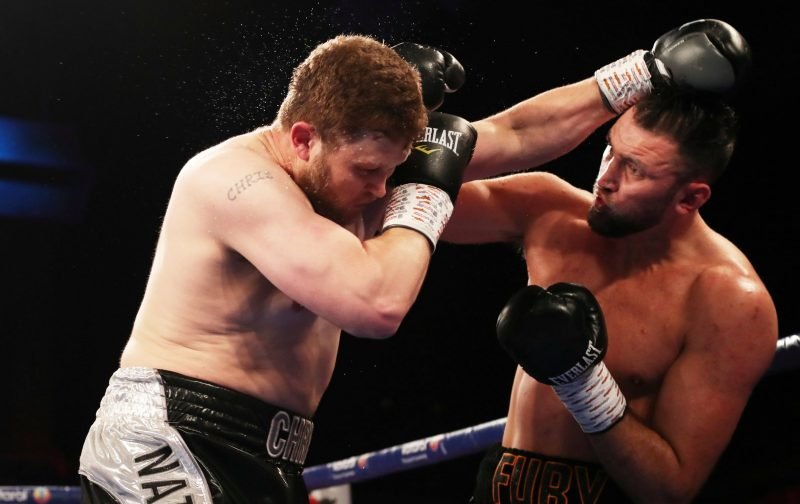 In Manchester, last night, the British heavyweight Hughie Fury got back to winning ways.

Fury, who had lost two of his previous three fights, was matched against the unbeaten Canadian, Chris Norrad.

Norrad arrived in the UK having won all his 17 previous fights but had never boxed outside of his native Canada,

From the first bell, the bout looked to be a miss-match with it being clear that Fury was a class above his opponent.

The bout was ended in the second round when Fury floored Norrad with a couple of head punches and the Canadian, looking to get back to his feet as the count struck nine, was counted out.

Afterwards, Fury, as quoted by the BBC, had this to say:

“The losses I’ve had is just experience for the future.

“I was messing around in there, taking my time.

At 24-years-of-age, Fury never got around to fulfilling his prophecy that he would beat Mike Tyson’s record and become the youngest heavyweight of all time, but he does have time to rebuild his career and come again.

However, I’m not sure how long the paying public will be prepared to cough up hard-earned cash to see Fury top-the-bill against such weal opposition as Norrad.

But perhaps we can take heart from a comment made by his father and trainer, Peter Fury, who hinted that Fury would be back in the ring against an opponent of a higher calibre, in September.

Whyte Waiting In The Wings To Upset The Apple Cart