Frampton Looking For A Big-Name Opponent For Windsor Park Date 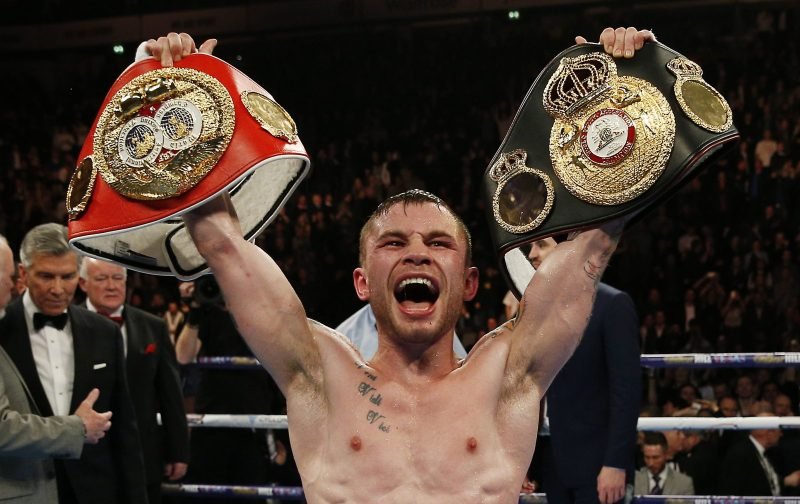 However, it seems that by upsetting the apple-cart and dethroning the long-serving champion, Warrington has affected the future plans of Carl Frampton.

The Belfast fighter was hoping to take on the winner of the aforementioned bout, at Windsor Park Belfast, in August, with the open-air venue already booked.

But, the ferocity of the contest last Saturday night, means that it is highly unlikely that, the winner, Josh Warrington, will be ready for another huge contest in the time available.

To that effect, Frampton is looking elsewhere for a big-name opponent on what should be a marvellous night.

One possible opponent could be Gary Russell, the holder of the WBC title and a fighter who has won world titles at two different weights.

Unfortunately, whilst Russell would be the big-name opponent Frampton would like, the American could also find it hard to make that date.

Last weekend, in the US, Russell made a defence of his WBC featherweight title, taking a points decision, over twelve rounds, against Joseph Diaz.

However, Russell suffered a hand injury, early on in the fight, suggesting he could be out of action for a while.

But, discussing the situation, Frampton is certain about one thing,

“We need to get an opponent soon and it needs to be a big name.

“It probably doesn’t look like Josh is going to be ready – he’ll need some time to rest – but I’m fighting in August at Windsor Park.”