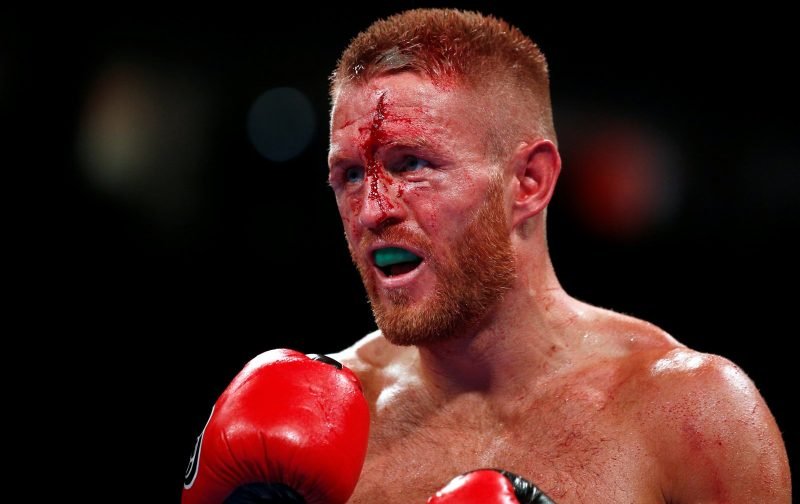 The fight was to be an entertaining but brutal affair.

Flanagan, who had given up the WBO title, at lightweight, in an attempt to become a two-weight world champion, was unsuccessful in his attempt to grab a slice of history, losing by a split decision.

At the end of 12-rounds, the judges’ scorecards were announced as thus:

Once again, in a world-title fight, we had a wide disagreement in the scoring of two judges.

However, watching the fight, our opinion was that Hooker deserved to take the vacant title. 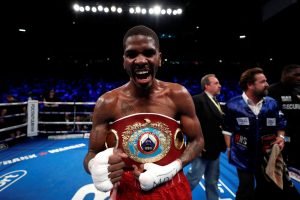 Flanagan’s chances of victory were dealt a huge blow in the 7th round when two accidental clashes of heads saw cuts opened-up above his right eye and in the middle of his forehead.

Forced to take the fight to Hooker, Flanagan put up a decent display, but the American used his class to land shots when Flanagan was missing with his punches, to take the rounds on points.

Sensing that perhaps the fight was slipping away, Flanagan landed a heavy right-hand in the 11th, but Hooker soaked up the pressure to take the decision.

The verdict is the first time in 34 fights that Flanagan had been defeated but the split decision should ensure he remains a challenger for another tilt at a world title.

All-in-all, in our opinion, this was definitely the fight of the night.