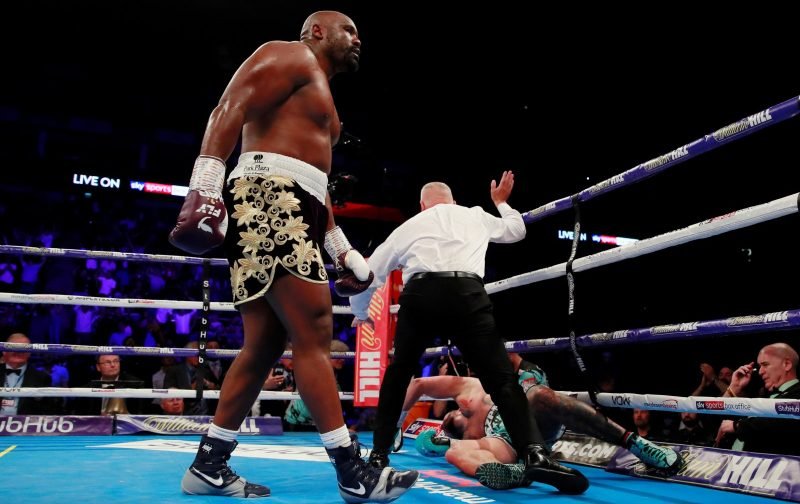 The first pair of heavyweight boxers to enter the ring were Dereck Chisora and Artur Szpilka.

The fight, between two heavyweights who are friends, was to end in the most brutal fashion of the whole evening.

After a pretty open evening round, where both boxers sized each other up, Chisora was to emerge victorious when with just sixty-one seconds of round two left, a devastating combination of power punches left the Polish heavyweight knocked out cold.

After catching Szpilka with a big punch the Poles hands dropped allowing Chisora to finish the job with a huge right hand.

For Chisora it was a great nights’ work the magnitude of which is illustrated when it is pointed out that the WBC champion, Deontay Wilder, took nine rounds to stop the Polish heavyweight.

At 35-years-of-age, Chisora is hoping to keep his rollercoaster career going with a huge fight against the former champion, Joseph Parker.

If a rejuvenated Chisora can get the better of Parker, could he be ready for a world title shot?