Butler Given a Boxing Lesson by Rodriguez 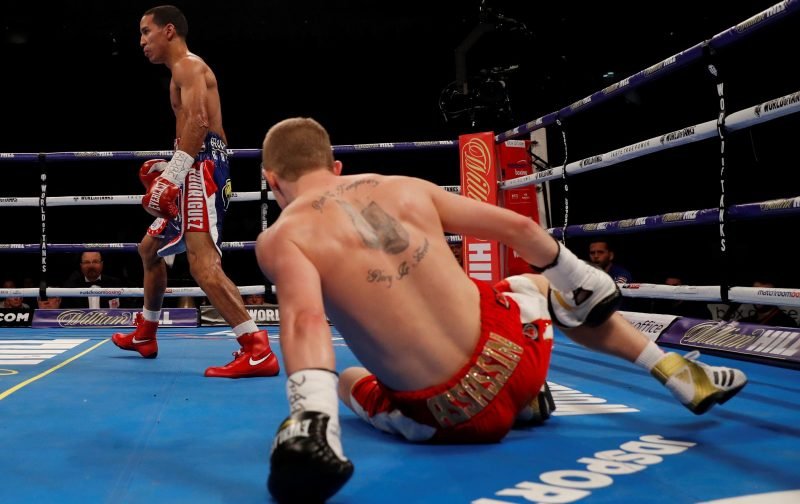 The only world title up for grabs at the O2 Arena, on Saturday night, was the vacant IBF bantamweight title.

The plan was that the British fighter Paul Butler would be taking on the Puerto Rican fighter Emmanuel Rodriguez for the belt.

However, Butler, at the weigh-in on Friday was 3 pounds over the weight, therefore only Rodriguez, with a victory, would be able to claim the belt vacated by the Irish fighter, Ryan Burnett.

As it turned out, Butler’s weekend took a turn for the worse in what was a totally one-sided fight.

It looked as if the fight would be over as early as the first-round when Rodriguez produced some devastating punches to put Butler on the canvas twice.

Butler, to his credit, did survive to hear the bell but the following eleven rounds saw Rodriguez produce a boxing masterclass to leave Butler a bloodied mess come the sound of the final bell.

When the results were announced, it was no surprise that Rodriguez was given the verdict by all three judges with the scores being;

Perhaps the only surprise was that one judge, somehow, gave Butler two of the twelve rounds.

On the evidence of last night, it was easy to see how Rodriguez has remained unbeaten, he is a slick, classy operator who could go on to unify the division or even become a two-weight world champion.

One Reply to “Butler Given a Boxing Lesson by Rodriguez”