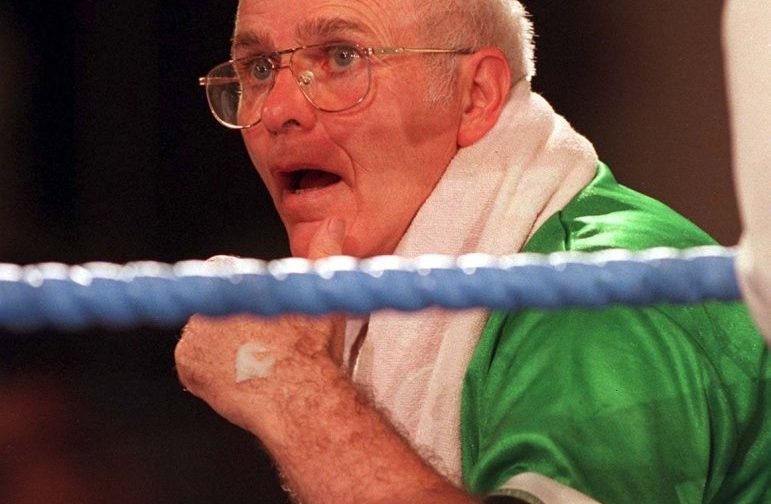 News has broken that the legendary trainer, Brendan Ingle, has passed away.

Many of the fighters that emerged from his Wincobank gym adopted a peculiar style whereby their hands were often down by their side and they adopted a hit me if you can style, something perhaps identified during Prince Naseem Hamed’s rise to fame.

One of the aforementioned quartet, Johnny Nelson, shared a few of his thoughts on his Instagram account, writing,

“A good, good man has left this earth today.

“A good friend. A good father figure. And the best trainer in the world.”

Sky Sports, who featured many of Brendan’s fighters, have placed this compilation on Twitter, it is a wonderful tribute to the trainer:

The sport has lost a great man who created a legacy … pic.twitter.com/3q9WL2wHzO

Boxing will be a poorer place without 77-year-old Brendan who, it is believed, suffered a brain haemorrhage.