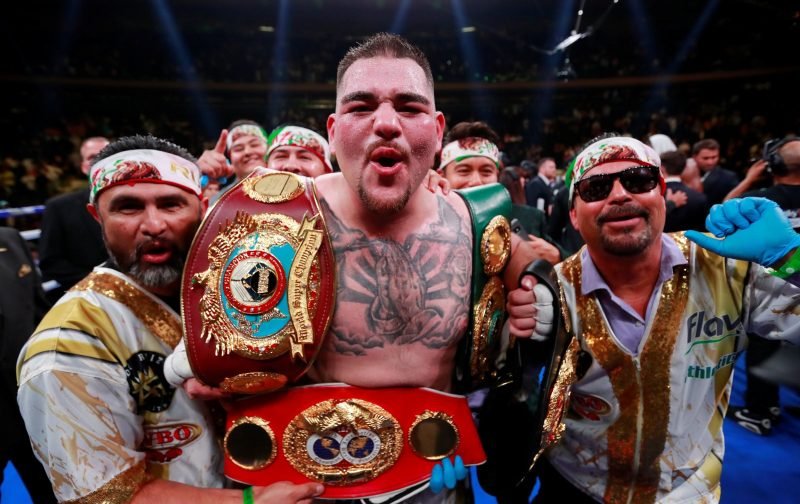 But what went so wrong?

This morning, in some posh hotel suite in New York, Anthony Joshua will wake up, walk to the bathroom, look in the mirror and ponder exactly where it all went wrong at the Madison Square Garden.

In what was supposed to be a routine defence of his WBA, IBF and WBO world heavyweight title belts, Joshua’s world fell apart in spectacular style when he was stopped, in round 7, by Andy Ruiz Jnr.

Dreams of a fight against Deontay Wilder or Tyson Fury, to decide who is the true heavyweight king, will remain just that as the dethroned champ ponders his next move.

What should have been a fight that saw the door open to his American dream, the previously unbeaten Watford heavyweight saw it slammed firmly in his face.

Of course, Joshua should have been fighting Jarrell Miller, but the native New Yorker failed not one, not two, but three drugs tests.

To rescue the promotion Ruiz Jnr was drafted in to fight Joshua with pundits suggesting it was a miss-match.

Ruiz Jnr, with his portly figure, doesn’t look like a boxer but, last night, he showed he could fight.

Everything looked rosy for Joshua early on, the first two rounds were close but when Joshua put Ruiz Jnr on the canvas, in the third round, it looked as if the pre-fight predictions were going to be proven correct.

But Ruiz Jnr, who found himself on the canvas for the first time in his career, had other ideas and as Joshua moved in for the kill, two clubbing punches saw him deposited on his backside, on the canvas.

Clearly dazed and with his legs betraying him, Joshua was to hit the canvas for a second time late in the round and it looked very much as if a shock was on the cards.

Joshua didn’t look his normal self, Ruiz Jnr was beating him to the punch and with blood trickling from his nose, the champion took another visit to the canvas in round seven.

This time it was Ruiz Jnr that went in for the kill and a flurry of punches saw the champion down again and dazed, when he climbed to his feet, leaning against the ropes in the corner, the referee stared into Joshua’s eyes and waved the fight off.

Joshua’s momentary protest was lost in the celebrations going on around him as Ruiz Jnr celebrated becoming the first Mexican world heavyweight champion.

But was it as big a shock as the media are claiming?

On the surface perhaps but digging deep we should remember that Ruiz Jnr had only lost one fight in his entire professional career and that was a split decision in a world title challenge against Joseph Parker.

For now, Ruiz reigns supreme but Joshua will activate the re-match clause in the contract and will try to regain his crowns, in the UK, in either November or December.

But was last night the night Joshua’s limitations were exposed or was, as we all hope, it just an off night?

Joshua Wants Wilder Clash To Cement His Status In The Sport