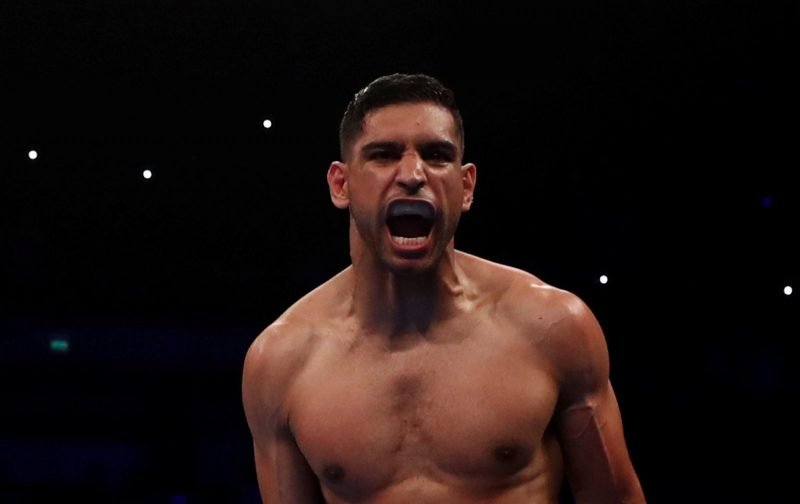 After an absence of two years from the ring, and even longer from a British ring, Amir Khan made an explosive return at the Echo Arena, in Liverpool.

Khan, keen to regain a world title, was matched against the Canadian fighter, Phil lo Greco, a fighter who has fought some respectable opponents during his career.

Welcomed warmly by the Liverpool public during his ring-walk, Khan and Lo Greco were introduced to those in attendance and those watching around the world by the legend that is Michael Buffer.

The action, albeit brief, was sensational with Khan showing that he has lost none of that devastating hand-speed that has served him well throughout his career.

Lo Greco climbed back to his feet and was given the go-ahead, by the referee, to continue, but the end was nigh, and Khan stepped inside to finish the fight off, with just thirty-nine seconds gone, with several lightning-quick body-shots.

“I was a little nervous, but I am back with a big bang.

“I want to become a world champion this year or next year.

“I have been out the ring for two years but I was still in the gym working hard, I have never taken a day off. I wanted to prove a point coming back.”

I think Amir did just that and it remains to be seen who will be his next opponent.