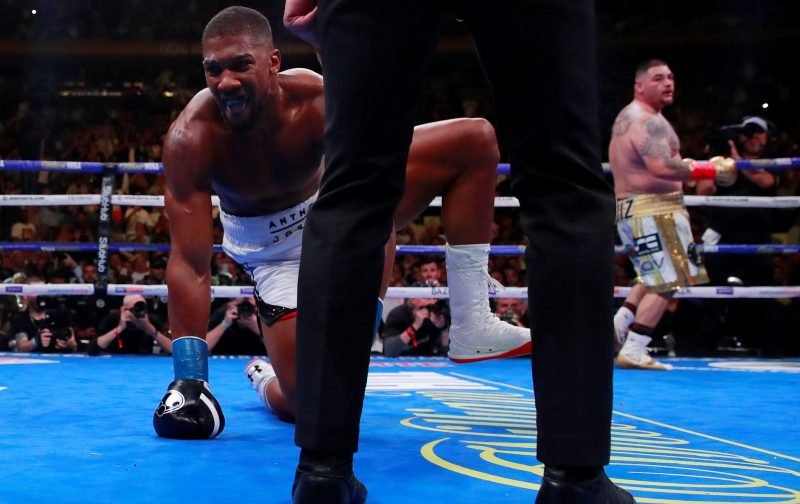 With his unbeaten record no more and with his cherished WBA, IBF and WBO world title belts in the possession of Andy Ruiz Jnr after the Mexican became the first fighter to beat him, what does the future hold for the Watford heavyweight?

Thankfully, Eddie Hearn had the foresight to include a rematch clause in the contract for last nights fight and Ruiz Jnr will be tempted back into the ring, this time with Joshua returning to fight on home soil.

But will the result be any different?

Last night, at Madison Square Garden, Joshua didn’t look his normal self, unable to dominate the fight he could be, clearly, seen asking his trainer, Robert McCracken, what to do next between rounds.

Joshua seemed confused by what stood in front of him, a character that looked so out of place in a Boxing ring but a fighter who was so effective.

The re-match will, undoubtedly, be a defining moment in Joshua’s career.

It is a fight he has to win, failure is not an option.

A win would see Joshua reclaim his belts and it could open up the door to a clash with Tyson Fury or Deontay Wilder, both of whom, I’d imagine, would be, after witnessing what happened last night, be keener to take the fight.

But did Ruiz Jnr expose flaws in Joshua’s make-up that Fury and Wilder would have no trouble exposing?

That remains to be seen.

But, if Joshua were to fail to beat Ruiz Jnr, in the re-match, surely there would be no future for him in the game anymore, those belts he so cherished will soon, courtesy of boxing politics, be scattered around the boxing globe.

Like I said earlier, the re-match is bigger than the original fight as far as Anthony Joshua is concerned.